The rise of Twitter as a critical tool in public discourse has sparked important conversations about the role of Twitter bots in shaping the social media dialogue. Automated tweets amplify content posted by politicians and public figures, spam bots flood hashtags to obscure messaging and protest bots call attention to #HashtagActivism through targeted content. Behind each of these bots is the infrastructure of the Twitter API and the set of development tools to programmatically access it.

In this 2-hour Tufts DISC workshop we’ll learn about the various ways that bots can leverage the Twitter API to shape conversation by amplifying messages through likes, follows, and retweets and creating messages through generative content. Along the way we’ll learn how to build and deploy a simple bot using Tracery to generate text from JSON files using public domain text corpora. 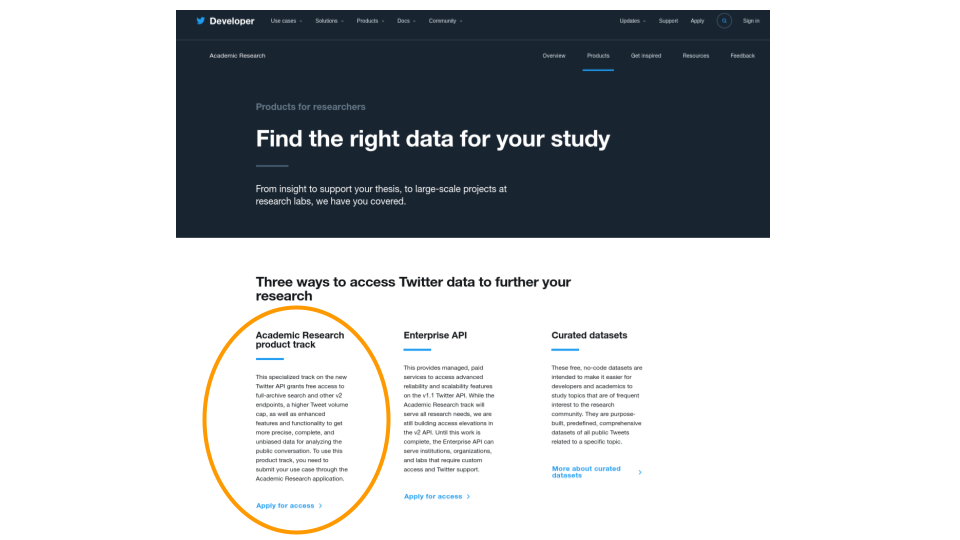 Once you’ve been granted access, you can login to your Developer Dashboard to retrieve your access tokens.

Be sure to copy down your keys and tokens into a text file where you can find them later.

Some Other Fun & Useful Resources